Journal of Obstetrics and Gynaecology

Journal of Obstetrics and Gynaecology is converting to Open Access from its 2023 volume.

From the 24th of May this year Journal of Obstetrics and Gynaecology (JOG) will change to an open access model. The Journal has grown significantly over the last 8 years with the number of submissions more than doubling by 2020. At the same time there has been an increasing trend to purely online publication and open access with many high impact journals in the field of Obstetrics and Gynaecology adopting this model.

For JOG the move to open access will significantly reduce the time for authors papers to be published online. It will also greatly expand access to researchers’ work as readers will no longer need to have a subscription to the Journal (or affiliation with an organization that does) to see the full paper. This is consistent with the journal’s vision to promote the dissemination of clinical knowledge and best practice as well as promoting the work of new researchers to a wider audience. For us it represents an evolution from what we have been doing for some time in offering open access to selected papers and in online publication of papers before hard copy publication.

Although we recognize that this change will require the introduction of publication charges we believe that the benefits of wider access (and citations) for their work will justify this for most authors. Furthermore, the Journal will continue to support publication from resource poor areas and innovative research through the generous provision of fee waivers for selected regions and for high impact papers.

As part of this transition, all manuscripts received from 24th May 2022 will proceed through Journal of Obstretrics and Gynaecology’s Open Access submission portal. Authors who submit after this date will, if their paper is accepted, be required to pay an article publishing charge (APC) which can be covered by an author’s funder or institution, with opportunities for funding support.

Contribute to Journal of Obstetrics and Gynaecology

Journal of Obstetrics and Gynaecology is particularly interested in receiving manuscripts on:

We look forward to receiving your submissions and hope you join us to embrace  Journal of Obstetrics and Gynaecology’s Open Access future. 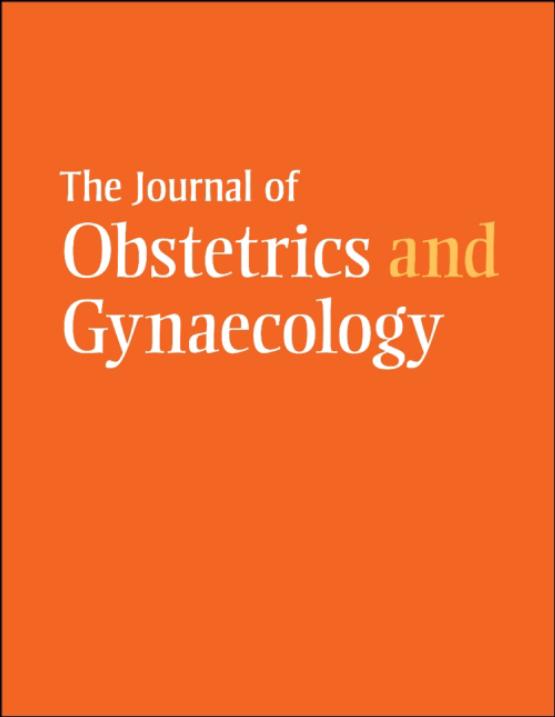 Professor Symonds has been a chief investigator on studies on the treatment of dysfunctional uterine bleeding, genetics of pre-eclampsia, infrared spectroscopic analysis of cervical smears, detection of ovarian cancer using Tc-99 labelled monoclonal antibody, innate immunity to Chlamydia, the psychosocial aspects of maternal age, genetics of endometrial cancer, growth restriction and preterm labour, attachment disorders, cervical screening, fetal ECG ST-Analysis and induction of labour. ﻿He has published more than 70 original papers in peer reviewed journals as well as a number of undergraduate textbooks and has a Masters Degree in Clinical Education.

Find the latest tweets from @tandfmedicine