The Journal of Forest Research (JFR) publishes original articles, reviews, and short communications covering all aspects of forest research, both basic and applied, with the aim of encouraging international communication between scientists in different fields who share a common interest in forest science.

JFR is pleased to present FREE ACCESS to these award winning papers. Simply click on the articles below to start reading. 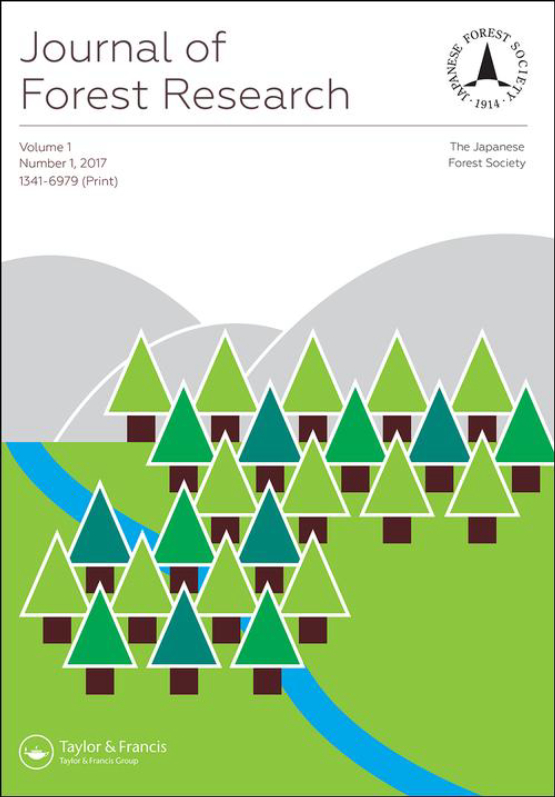 Masting of trees affects the activity of large mammals that feed on their fruits, but the spatial patterns of masting at the scale of mammal home ranges across multiple tree species have rarely been investigated. Furthermore, the effects of elevation, which may affect site productivity and thereby alter temporal patterns of masting, have often been ignored. We investigated fruit production by 403 trees of six species that are preferred by Asian black bears over 10 years within a 30 × 30-km2 landscape at 700–1600 m elevations, as well as the horizontal and elevational structures of intraspecies and interspecies synchrony. Higher elevation was related to greater temporal variation in fruiting for Quercus crispula. Among heterospecific relationships, two Quercus species and Swida controversa showed fruiting synchrony, whereas Prunus grayana produced more fruit when Quercus and Swida produced less. Fagus crenata and Castanea crenata did not exhibit masting synchrony, neither positive nor negative, with other species. Spatially, most tested species showed positive autocorrelations with horizontal distance, particularly between close trees (4–10 km), whereas autocorrelations with elevational difference showed negligible spatial structure across elevational distance. Positive spatial correlations between different species were found only for the two Quercus species. These findings imply that variation in movement patterns among individual Asian black bears should be greater in Quercus mast years and that most bears will range more widely than average in non-mast years for Quercus.