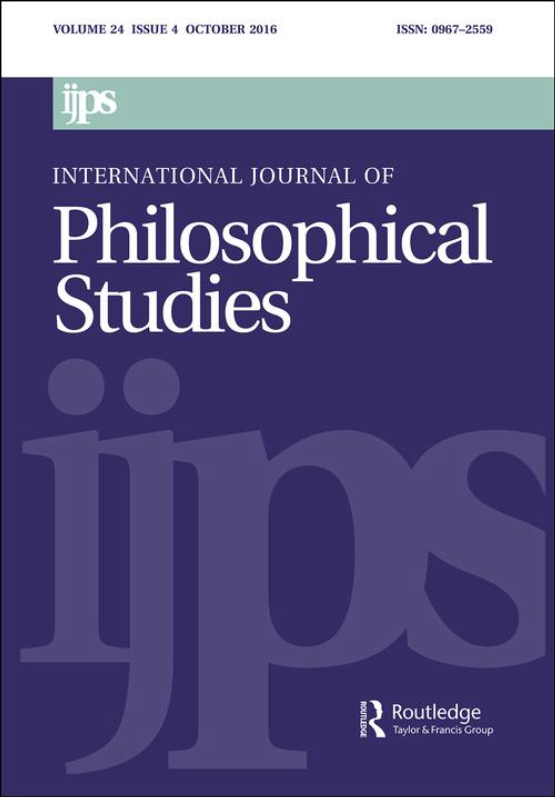 The International Journal of Philosophical Studies (IJPS) is pleased to announce the 2022 call for the Robert Papazian Essay Prize.

The topic for the 2022 competition is “Ethics and the Emotions”.

There are two prize categories:

(1)  Annual Robert Papazian Prize for Essays in Ethics and Political Philosophy. A monetary prize of  €1500 sponsored by the Papazian family and publication as the lead article of a special issue of IJPS on the topic of  Ethics and Emotions

(2)  PEriTiA Prize.  A prize of €1500, sponsored by UCD Centre for Ethics in Public Life, on a theme relevant to the Horizon 2020 EU research project Policy, Expertise and Trust in Action (PEriTiA).

At the discretion of the adjudicators additional commendation prizes, under either category, may also be awarded.

The 2022 Robert Papazian prize is for papers in the general area of Ethics and the Emotions. Topics may include but are not limited to emotional rationality, emotional recalcitrance, the relationship between emotions and values, and the role of emotions in moral development.

Scholarly essays from all philosophical approaches – analytic, continental, and historical are invited.  You do not need to specify which prize category applies.

The extended closing date for submissions is April 30, 2022.

Please submit your paper by email directly to Professor Maria Baghramian at [email protected], using the subject line “IJPS Ethics and the Emotions”.

Make sure that the essay is modiﬁed for double blind review and that it has an abstract (200 words).

Submissions should not be under consideration for publication elsewhere and should not be submitted to any other journal until the outcome of the competition is known.

All submitted papers will be evaluated, in the ﬁrst instance, by the journal’s editorial board. The shortlisted papers will be judged by external referee(s). The jury will evaluate the entries on the originality of the paper, its engagement with the announced topics, the contribution it makes to scholarship in the ﬁeld, the quality of the argumentation and its conceptual clarity.

The decision of the jury will be ﬁnal. The jury reserves the right to award no prizes at all if submitted material is not of an appropriate standard.

The winning articles will appear in the 2022-3 volume of the International Journal of Philosophical Studies (IJPS). All shortlisted papers will also be considered for publication in a special issue of IJPS.

The winning and shortlisted articles of 2021 can be viewed here.

The Robert Papazian Annual Essay Prize on Themes from Ethics and Political Philosophy was established in 2012 in memory of a young political activist who was executed in Iran in 1982. Papazian was born to an Armenian family in Tehran, Iran in 1954. He studied Politics and International Relations at École des Relations Internationales in Paris. Like many other political activists abroad, Papazian returned to Iran in the summer of 1978, to join the uprising against the Shah. After the establishment of the Islamic Republic of Iran, he continued his political activism in Tehran and then in the Kurdistan province of Iran as a political and theoretical instructor to a left-wing opposition group. Papazian was identified by a former activist turned collaborator on the streets of Tehran and was arrested in February 1982. Two weeks prior to his arrest he had turned 28. In prison, he, along with thousands of other political prisoners was not granted any legal representation nor was he permitted to have visitors. Years later the family found out that a representative of the Armenian Council had been allowed to pay a visit to ask him to recant and cooperate with the authorities as a condition of his freedom. He had refused the offer categorically.

Robert Papazian, along with a number of other political prisoners, was executed in July 1982. He was buried anonymously in the mass graves of the Khavaran cemetery in the outskirts of Tehran. However, the date of his execution as well as the exact location of his interred body are unknown. His last letter to the family, sent two or three days before his execution, indicates that he still had no knowledge of the verdict. Robert Papazian’s political activism was motivated by his hatred of injustice and cruelty. He cared deeply for others and was affected by their suffering. His short life was guided, above all else, by a desire to defend the weak and vulnerable. The themes for this annual competition are chosen to reflect his life and ideals. The Papazian annual prize of €1500 is funded by a donation from the Papazian family.

The multi-disciplinary research project, PEriTiA – Policy, Expertise and Trust in Action, funded by the European Commission’s Horizon 2020 Research and Innovation Programme, is an international research project exploring the conditions under which people trust expertise used for shaping public policy. Its team members, philosophers, social and natural scientists, policy experts, ethicists, psychologists, media specialists and civil society organisations, from Armenia, France, Germany, Ireland, Italy, Netherlands, Norway, Poland, United Kingdom, investigate the role of science in policy decision-making and the conditions under which people should trust and rely on expert opinion. The key hypothesis of the project is that affective and normative factors play a central role in decisions to trust, even in cases where judgements of trustworthiness may seem to be grounded in epistemic considerations, such as professional reputation, reliability and objectivity. The PERITIA Essay Prize is funded by the Centre for Ethics in Public Life at University College Dublin and reflects some of the main themes and interests of the project.

View the latest tweets from @Routledge_Phil

15 days ago
Explore our brand new Resources for Inclusive Teaching Hub! Our hub includes our recommended reading list featuring top titles that highlight the importance of diversity as well as additional free content addressing key topics. https://t.co/1ZQyfkWFjQ #inclusiveteaching https://t.co/2lPpne6r0k
0
1
16 days ago
RT : Rachael Wiseman and Clare Mac Cumhaill have a chapter in the new *Murdochian Mind*. '…
2
0
16 days ago
RT : Our #vol35issue5 was published today! First on, James Andow ( from ) explores anti-realist intui…
11
0
16 days ago
RT : Happy to announce the opening of the 2022-23 Wolfe Mays Essay prize. The topic for this year is "collective me…
3
0