Research for the Real World

International Interactions is a peer-reviewed journal with direct relevance to a wide and interdisciplinary audience. Readers include political scientists, economists, historians, mathematicians, statisticians, anthropologists, sociologists, and other social science researchers with an interest in international relations, as well as informed professionals in business and government.

Launched in 2019, II‘s blog synthesizes scholarly findings for a practitioner audience. Each blog post describes the policy takeaways of a recent II article, in the authors’ own words, for use by engaged policymakers who can apply this research to current issues and challenges.

Read the most recent blog posts below. Previous posts are archived by topic: conflict, human rights, leadership, and political economy. 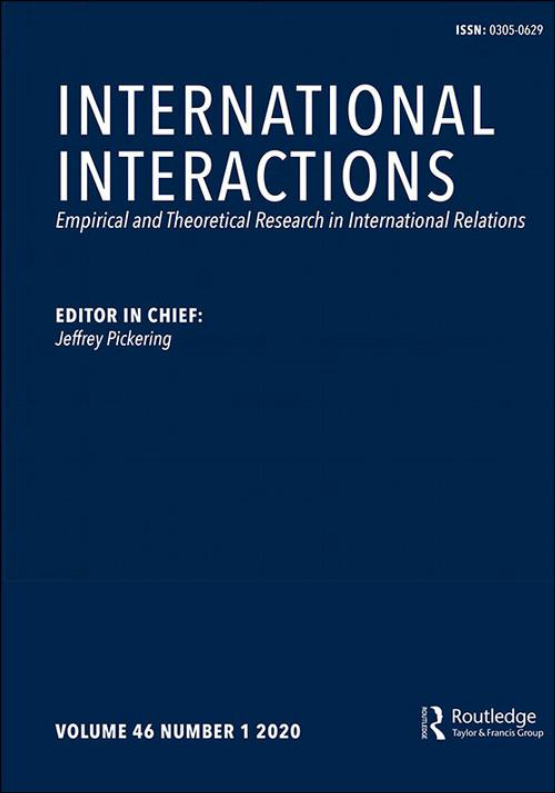 Wartime sexual violence, or conflict-related sexual violence, is a pervasive element of many armed conflicts around the globe. Approximately one quarter of all rebel groups active between 1989 and 2009 are reported to have perpetrated sexual violence to some degree. Though that number is even higher of state militaries, it is worth lingering on rebel actors. Conventional wisdom suggests that rebel groups often mobilize through ethnic networks and that this incentivizes restraint. The logic of not “biting the hand that feeds you” is applied, implying that rebel groups will avoid perpetrating sexual violence against coethnics for fear of losing their support. Additionally, the literature on ethnic war suggests that ethnic divisions between groups will spur the use of sexual violence as a strategy of war. Campaigns of ethnic cleansing and sexual slavery will inevitably target members of other ethnic groups, further implying that intragroup sexual violence should be relatively less frequent.

I seek out to test these assumptions, for despite their existence much remains to be empirically studied. The foremost obstacle is the lack of data that captures the ethnic identities of perpetrators and victims of sexual violence. I circumvent this issue by geocoding observations of sexual violence in the SVAC (Sexual Violence in Armed Conflict) dataset and intersect these locations with geographic patterns of ethnic settlement. Administrative units of the first level are coded as coethnic, mixed, or non-coethnic based on the perpetrator’s ties to ethnic groups present in that unit. The study finds no indication of restraint in coethnic areas. Moreover, mixed areas are found more prone to experience sexual violence, but the substantive effect is almost insignificant.

The implications of these findings are two-fold. First, coethnicity might not in itself motivate rebels to exercise restraint. This constitutes a break in pattern from the most studied form of violence against civilians, killings. However, it is also possible that the design of the study causes a conflation of coethnicity and territorial control. Rebels may be more likely to perpetrate sexual violence where they have or seek to establish control. Second, there is cause for questioning the relevance of ethnicity as a predictor of sexual violence, given the negligible effect of ethnicity on the probability of sexual violence. For the broad patterns of sexual violence, it seems other factors may be more important. Full article >>

This paper challenges this perception of Eurocrisis bailouts and suggests that, while important and painful reforms were discussed at the European negotiation tables, involved lenders also partly accommodated the policy preferences of both leftist and right-wing governments of crisis-ridden countries. Consequently, governments obtained fewer desired measures on their voters’ main policy concerns.

Regression analyses of an original country-quarter dataset of EU bailout conditionality measures (2008-16) provide support for our hypothesis. The findings are relevant to the analysis of partisan politics in economic negotiations and of democratic deficits in international organizations. Furthermore, this study contributes to understanding the political accessibility and ideological dynamics of international lending beyond the Eurocrisis. Full article >>