Benefiting from the same publishing team of well established journal Autophagy, to celebrate this exciting introduction all accepted papers will be published open access free of charge in 2022!

The aim of Autophagy Reports is the rapid communication of high quality, novel research, which takes a multidisciplinary overview on the fundamental, translational and/or clinical aspects connected to autophagic processes.

Autophagy Reports covers the following topics: autophagic processes (i.e., the lysosome/vacuole-dependent degradation of intracellular material); the connections between autophagy and various aspects of human health and disease including cancer, neurodegeneration, aging, diabetes, myopathies and heart disease. We are interested in all experimental systems, from yeast to plant and human. Suggestions for appropriate specialized topics are welcome. 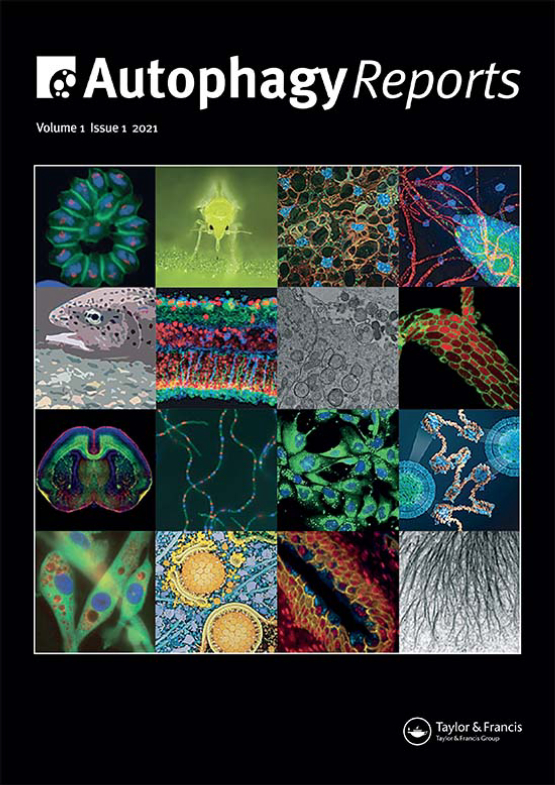 A cell biologist, Klionsky is renowned for his pioneering contributions to the understanding of autophagy, the process by which cells break down to survive stress conditions such as starvation, and the role autophagy plays in cancer, neurodegenerative diseases and other areas of human health. A California native, he joined the U-M faculty in 2000.

Working with baker’s yeast cells, Klionsky characterized the protein pathways and signaling mechanisms by which a cell senses and responds to its environment. He also identified the cytoplasm-to-vacuole targeting pathway, a type of selective autophagy. His lab was the first to demonstrate endoplasmic reticulum stress-induced autophagy and autophagy in zebrafish.

Klionsky established the unified autophagy-related nomenclature for the field in 2003. He edited the first textbook on the topic and is founding editor of the journal Autophagy. The holder of two patents, Klionsky has edited five books, published more than 340 research papers, and given more than 140 invited talks.

Fulvio Reggiori studied Biochemistry at University of Fribourg, Switzerland, and in 1997, he obtained his PhD in Biochemistry from the same Institution. In the laboratory of Prof. Andreas Conzelmann, he has worked on the remodelling of the lipid moiety of GPI-anchored proteins and on sphingolipid biosynthesis in yeast Saccharomyces cerevisiae.

After staying one additional year in the same laboratory as a postdoctoral fellow, he moved to the MRC Laboratory of Molecular Biology in Cambridge, United Kingdom, in 1998. There, in the laboratory of Dr. Hugh Pelham, he has investigated the signals targeting integral membrane proteins into the internal vesicles of the multivesicular bodies.

In 2001, he joined the laboratory of Prof. Daniel Klionsky at the Life Sciences Institute of the University of Michigan in Ann Arbor (USA). There, he started working on different aspects of the molecular mechanism of autophagy in yeast.

Reggiori was appointed as a tenured Assistant Professor at the Department of Cell Biology of the University Medical Center Utrecht 2005. He started his independent research career working on the molecular mechanism of autophagy. The laboratory interests also extended to pathogens that subvert autophagy to invade host cells. In 2011, he became an Associate Professor at the same Institution.

In 2015, Reggiori became Professor at the Department of Biomedical Sciences of Cells and Systems of the University Medical Center Groningen, where he is continuing his investigations on the molecular mechanism of autophagy in yeast and on the interaction between pathogens and the ATG proteins. At the same department, he is Head of the Molecular Cell Biology Section since 2018.

Explore the latest articles published in our journal Autophagy Reports is welcoming submissions. Find out how to submit your paper by reading the Instructions for Authors.