Autoimmunity will convert to an Open Access publishing model starting from July 12, 2022. All manuscripts received after this date will go through the Open Access submission portal, and Authors (or their institutions or funders) who submit their manuscript after this date will need to pay the Article Publishing Charge (APC) associated with the article type if and when their paper is accepted.

Autoimmunity publishes articles on cell and molecular immunology, immunogenetics, molecular biology as relevant to immunity and autoimmunity. Autoimmunity is interested in immune system cells, such as innate lymphoid cells, T cells and B cells, as well as molecular mediators of the immune system. Particular attention is given to regulatory mechanisms of T cells and (B cell) antibody responses, with emphasis on immune cell intrinsic epigenetic and metabolic processes. The scope of Autoimmunity extends to the cellular and molecular mechanisms that underpin systemic and organ-specific autoimmune responses as well as immune and autoimmune disorders.

The journal reflects the immunology areas in which scientific progress is most rapid. It is a valuable tool to basic and translational researchers in cell biology, genetics and molecular biology of immunity and autoimmunity. By making Autoimmunity open access, research published in the journal will be available to the widest possible audience and therefore can make a greater contrition to the advancement of the field.

﻿﻿We look forward to receiving your submissions and welcome your support in this exciting new open access chapter for the journal.

Interested authors should visit the Taylor & Francis Open Access Members and  Open Access Agreements pages in case they are based at an institution that may have funds available to authors wishing to publish in  Autoimmunity. Interested readers may also want to consider signing up to receive  latest article alerts to keep up-to-date with the latest research published in the journal.

We look forward to receiving your submissions and hope you join us to embrace Autoimmunity’s Open Access future. 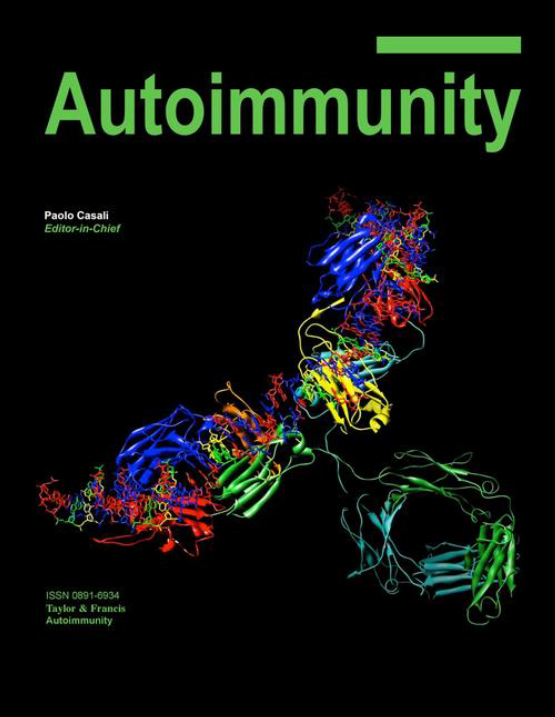 Paolo Casali, MD, is the UT Ashbel Smith Professor and Distinguished Research Professor of Microbiology, Immunology & Molecular Genetics, Professor of Medicine, University of Texas Long School of Medicine, UT Health Science Center, SA, USA. Dr. Casali joined the University of Texas Long School of Medicine as Chairman of the new Department of Microbiology, Immunology and Molecular Genetics in 2013, a role that he covered until 2020.

Prior to joining the University of Texas, Dr. Casali served as Professor of Immunology and Pathology and Laboratory Medicine, and Director of the Graduate Program in Immunology at Cornell University Weill Medical College in New York, NY, and, subsequently, as the Donald L Bren Professor of Medicine, Molecular Biology & Biochemistry and (founding) Director of the Institute of Immunology at the University of California Irvine. Dr. Casali is a member of the American Association of Immunologists (AAI) since 1981. He is also an Elected Fellow (2009) of the American Association for Advancement of Science (AAAS). During the last 35 years, Professor Casali has served as Standing Member on multiple NIH Study Sections and Special Emphasis Panels.

The Casali lab continues to focus on the B cell mechanisms underpinning the maturation of T-dependent (CD40) or T-independent (toll-like receptor) antibody and autoantibody responses, that is, Ig locus somatic hypermutation (SHM)/ class-switch DNA recombination (CSR), memory B cell and plasma cell differentiation, and their regulation (please view here for more details). Dr. Casali is credited with the identification of human B-1a and B-1b cells in immunity and autoimmunity as well as the characterization of the antibodies that these B cells make, for which he coined the term “polyreactive” antibodies. He also has made significant contributions to the understanding of the molecular mechanisms of B cell SHM/CSR, with emphasis on central role of AID and translesion DNA polymerases. More recently, the Casali lab has dedicated focused on the epigenetic factors and mechanisms mediating the regulation of such processes.