The editor of the international journal AfricanIdentities, Professor Pal Ahluwalia (the University of the South Pacific), is seeking reviewers for the books listed below. African Identities (H-index 13) publishes four issues annually and attracts diverse contributions from scholars and practitioners across the globe.

We invite early career researchers and advanced graduate (PhD) students to submit proposals for a book review. All prospective reviewers must have sufficient expertise in the field of the book they propose to review and adhere to the journal’s guidelines.

Book reviews should be up to 2000 words in length and include the following:

We will provide reviewers with electronic and or print copies of the book.

Prospective reviewers should get in touch with the Managing Editor, Ms Poonam Devi, at [email protected]

‘Afropolitan Projects: Redefining Blackness, Sexualities, and Culture from Houston to Accra’ by Adjepong

‘Rainforest Capitalism: Power and Masculinity in a Congolese Timber Concession’ by Thomas Hendriks.

‘First-Century Christians in Twenty-First Century Africa: Between Law and Grace in Gabon and Madagascar’ by Nathan Paul Devir

‘Poverty and Wealth in East Africa: A Conceptual History’ by Rhiannon Stephens.

African Identities provides a critical forum for the examination of African and diasporic expressions, representations and identities. The aim of this journal is to open up various horizons in the field: to encourage the development of theory and practice in a wider spread of disciplinary approaches; to promote conceptual innovation and to provide a venue for the entry of new perspectives. The journal focuses on the myriad of ways in which cultural production creates zones of profound expressive possibilities by continually generating texts and contexts of reflexive import. African Identities accepts the following types of article: original articles, book reviews.

With an emphasis on gender, class, nation, marginalisation, “otherness” and difference, the journal explores how African identities, either by force of expediency or contingency, create layered terrains of (ex)change, decentre dominant meanings, paradigms and certainties. Important questions about the meanings of Africanness, “post-coloniality” and syncreticisms, for example, provide conceptual frameworks within which to situate the critical analysis of African cultural production and the axis of engagement with popular culture.

Please note that this journal only publishes manuscripts in English.

All research articles published in this journal have undergone rigorous peer review, based on initial editor screening and anonymized refereeing by at least two anonymous referees. 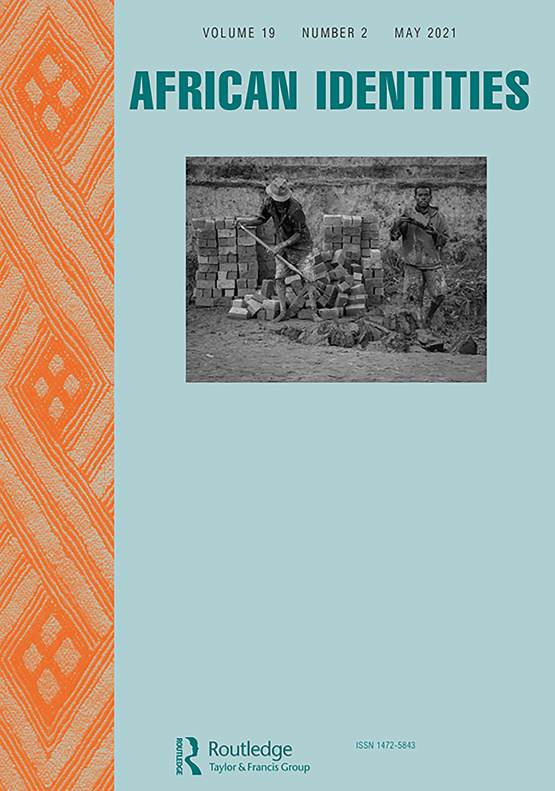 @Routledge_AS
Add your insight for a special issue of Anthropology Southern Africa, which will reflect on the making of urban identities and relationships through music and dance practices that combine the experience of sound and touch. Learn more here: https://t.co/fjgQd2NPIC @ASnA_Editors https://t.co/C6DUjMmUJ8